How should girls live in ‘in-laws’? Useful Tips from Habba Bukhari 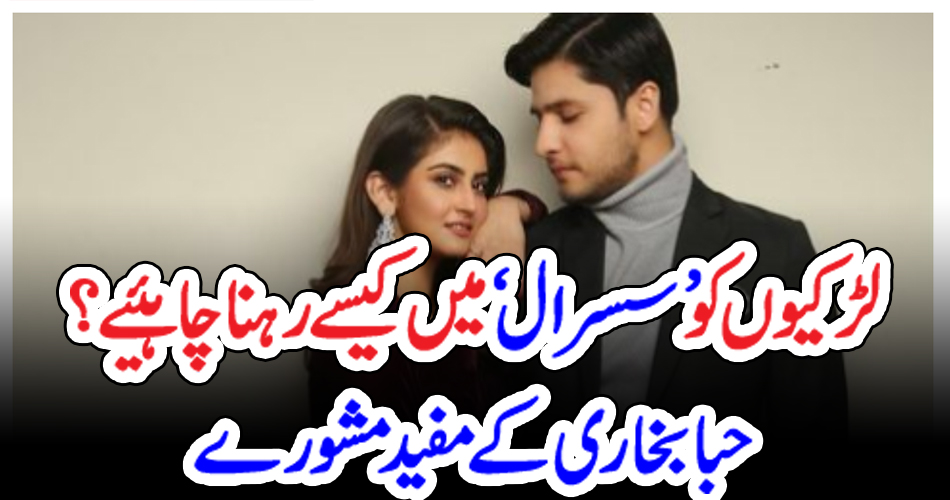 Lahore: (Web Desk) How should girls live in ‘in-laws’? Haba Bukhari, a beautiful actress of Pakistan Showbiz Industry and recently tied the knot with actor Aries, has given useful advice in this regard. A clip of actress Haba Bukhari’s interview given to a private YouTube channel is circulating on social media.

In which she told how she is living in the in-laws. The host of the YouTube channel also asked Haba about the changes in her life after her marriage, her in-laws and husband actor Ariz. Haba Bukhari said that when they got married, everyone gave them privacy. If their room was closed, no one would open it, no one would touch their belongings and even put something in the fridge to eat. It was kept like this. The actress said that we went for a walk immediately after the wedding. When they came back, they saw that the food and drink were kept the same. No one even came to them, after which they started saying that you People should come and sit next to him, come into the room, after that he stopped closing the door of the room. Haba Bukhari said that he knows that your privacy is important but now it is not like that you go to your father-in-law and say that now this area is mine, the whole house and the people there are yours. He said that his in-laws also gave him a lot of respect for doing so. It should be noted that actress Haba Bukhari is very active on Instagram nowadays and keeps posting her new photos and videos with her fans. Habba Bukhari has made a name for herself in the drama industry in a very short span of time by showcasing her artistic talents.