Which ex-wife gave the best gift of life to Aamir Khan? The superstar told 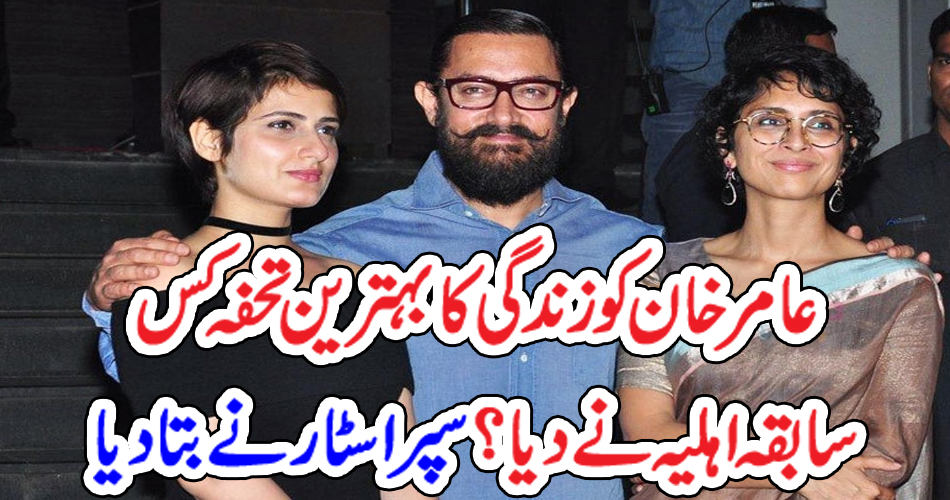 Mumbai: (Web Desk) Bollywood’s Mr. Perfectionist Aamir Khan on the occasion of his birthday on March 14 said that the best gift of life was given to him by his ex-wife. According to Indian media reports, superstar Aamir Khan revealed in a recent interview to the media that his ex-wife Kiran Rao had given him the best gift of his life two or three days ago.

Aamir Khan said that he asked his ex-wife Karan what are the flaws in him that he can fix. Aamir Khan said that Karan explained to him in a very good way the things that he could improve. Mr Perfectionist of Bollywood further said that the purpose of asking this question was to find out how any other person who is close to them sees them and what kind of improvement they want to see in you. He said he thought it was the best gift Kiran had ever given him. Reason for Aamir Khan’s divorce from Karan Rao? In a recent interview to media, superstar Aamir Khan said that his marriage with his second wife Karan Rao was due to some problems. Mr Perfectionist revealed that he could not give time to his two wives, Reena Dutta and Karan Rao, to pursue their careers, and regretted not fulfilling their responsibilities properly. Superstar Aamir Khan also revealed that there is no other woman in my life neither in the presence of Karan Rao nor after his departure. Which actress is the reason for Aamir Khan’s divorce? In July last year, Bollywood’s Mr Perfectionist Aamir Khan and his wife Kiran Rao announced their divorce after 15 years of marriage in a joint statement. Declared It should be noted that Fatima Sana Sheikh had played the role of supporting actress in the super hit film ‘Dingal’ with Aamir Khan. After the two worked together in ‘Dingal’, rumors started circulating in 2017 that a deep friendship has been established between Fatima Sana Sheikh and Aamir Khan.