Divorced at the age of 19 !! Confession of Zoya Nasir 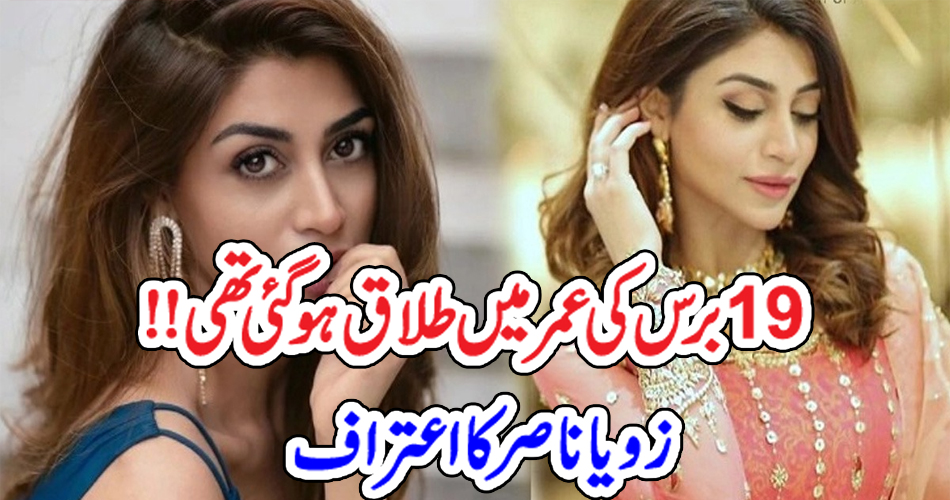 Lahore: (Web Desk) Pakistani model and actress Zoya Nasir continues to adorn the news on social media due to her open expression on daily issues and trends. In a recent interview, Zoya Nasir spoke openly about her career and personal life.

During the interview, Zoya Nasir admitted for the first time that she got married at a young age and ended in divorce at the age of 19. According to Zoya Nasir, she tried her best to save her marriage according to Islam and her parents, but when things got out of hand, she had to get a divorce. According to her, she got divorced at the age of 19 and after marriage she was afraid that they would not get divorced but what she was afraid of happened. Zoya Nasir further said regarding the divorce Because I got married, at first they thought it might be their fault, but it wasn’t. According to him, the pain of divorce is in its place but after the divorce, people’s taunts made his life more difficult. Zoya Nasir said that it is good for girls not to get married at a young age but if a girl gets married and their married life is difficult then first they have to go to the extreme to make their marriage successful, then if If the issues are not resolved then get a divorce. According to her, after the divorce, her parents and family fully supported her and after the divorce, she went abroad for 7 to 8 years. Zoya Nasir also talked about relationships and love, but she did not speak openly about ending her engagement to her ex-boyfriend, German YouTuber Christine Batesman, also known as Chris Batesman. Zoya Nasser and Chris Batesman announced their engagement in May 2021, both on Valentine’s Day. Actress Zoya Nasir is the daughter of renowned writer, songwriter, film story and dialogue writer Nasir Adib. Renowned writer Nasir Adib has the honor of writing 412 films, including the most successful film like Mola Jutt. Nasir Adib was also awarded the Medal of Excellence in 2019. It is worth mentioning here that Nasir Adib had announced to offer his services free of cost for the revival of Pakistani film industry. But let filmmakers and directors work on their own stories.