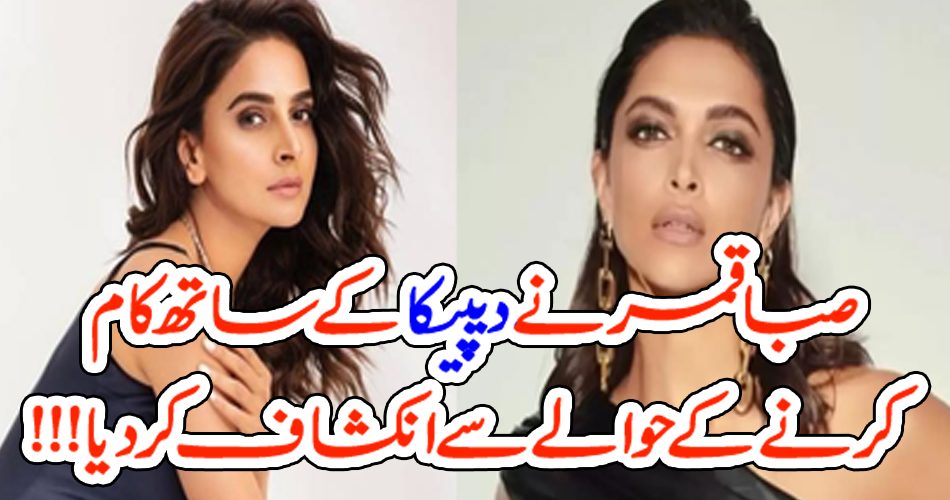 Karachi: (Web Desk) Leading Pakistani actress Saba Qamar, while talking to a private TV channel, recently revealed that she was offered a job in a film with Bollywood superstar Deepika Padukone for which she did. He flatly refused.

Leading Pakistani actress Saba Qamar has recently revealed in an interview with a private TV channel that she was offered a role in a film with Bollywood superstar Deepika Padukone, for which she flatly refused. Saba Qamar said that in the past I had got the role of village girl in Bollywood movie ‘Lo Aaj Kal’ but I thought that this role would be a smaller role than Deepika, so I refused to do this role. Was “I consider myself a patriotic artist. We have all achieved this country after many sacrifices. We should consider ourselves as Pakistan’s ambassador abroad and represent Pakistan on one level,” he said. Saba Qamar also said that if friends are not maintained while casting the actor, the results could be even better so that everyone can get a job according to his abilities. He said that in the beginning of his career he got very good offers for work in film, Syed Noor from Lollywood, Javed Sheikh and Rakesh Mehra and Imtiaz Ali from Bollywood had offered me the film many times. The actress also revealed that in the past I was not allowed to work by my family, so I could not do movies but now the situation is different, I consider myself mature now and I have recognized the good and the bad.