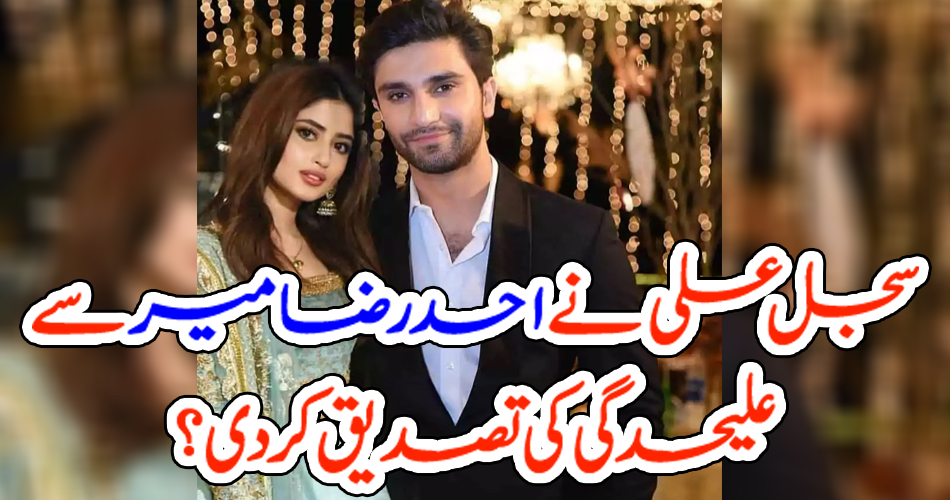 Mumbai: (Web Desk) Leading Pakistani actress Sajjal Ali has confirmed her separation from her husband and actor Ahad Raza Mir. A screenshot of Sajjal Ali’s social media account Instagram has rapidly gone viral on various social media pages. In this viral screenshot it can be seen that Sajjal Ali has removed the name of her husband Ahad Raza Mir attached to her name. From the screenshot, it can be inferred that these two actors have parted ways. Earlier on Instagram, Sajjal Ali’s name was Sajjal Ahad Mir but now he has written only Sajjal Ali. Fans are worried about this action of actress Sujal and a series of different comments are also going on. News of the couple’s separation has been circulating on social media for the past one year, which has not been satisfactorily denied or confirmed by Sajjal Ali and Ahad Raza Mir. It may be recalled that Ahad Raza Mir did not attend the wedding of Sajjal Ali’s younger sister actress Sabur Ali.