What mistake did Aamir Khan admit to Rani Mukherjee? 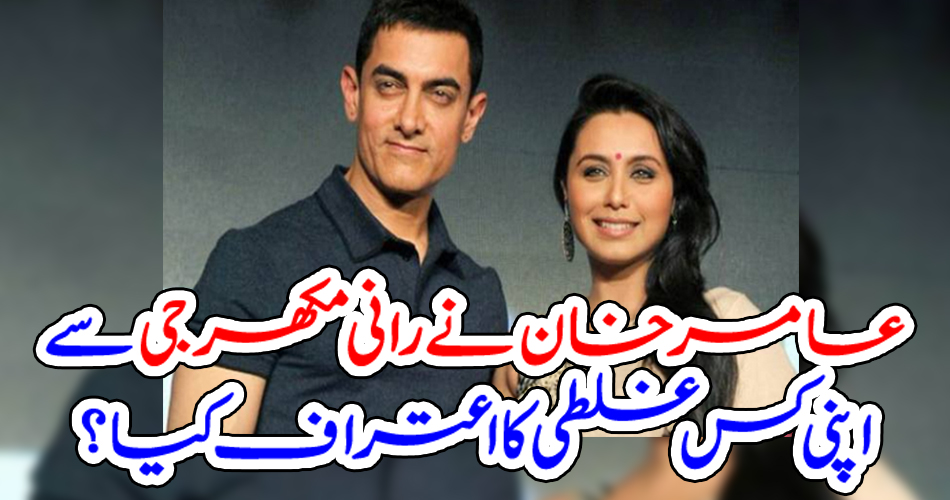 Rani said in this interview that at that time Aamir Khan persuaded me to dub another actress on my voice, Aamir told Rani that you are a fan of Sri Devi and on her voice in many films. Has also been dubbed. According to Rani, Aamir also said that we can do anything for the betterment of the film. However, in this interview, Rani Mukherjee revealed that when Aamir realized that it was a mistake to dub on my voice in the film, he contacted me and apologized. Rani Mukherjee further said that according to Aamir Khan, nothing was more important to her at that time than film. However, Rani Mukherjee said that I also felt that Aamir was right and I agreed. Being a new actress at that time, I had no other option but it was a good thing for Aamir that he informed me about it. What In the said interview, Rani Mukherjee also said that the shooting of the film ‘Ghulam’ and ‘Kachh Kachh Hota Hai’ was going on at the same time. Why is your voice being dubbed in the movie ‘Ghulam’? Asked by Karan Johar, Rani told him that Aamir Khan feels that my voice is not up to standard, to which Kiran said that he was satisfied with the dubbing in the first film and asked if he would do dubbing in my film too. However, Karan Johar decided not to dub on his voice, and the film was a success at the box office and thus his voice became acceptable in the industry. Rani Mukherjee revealed that Aamir Khan contacted me after seeing the success of the film ‘Kachh Kachh Hota Hai’ and admitted that the decision of dubbing in the film ‘Ghulam’ was wrong, your voice is very good.