Sarah Lorraine explained the reason for not working in Pakistan 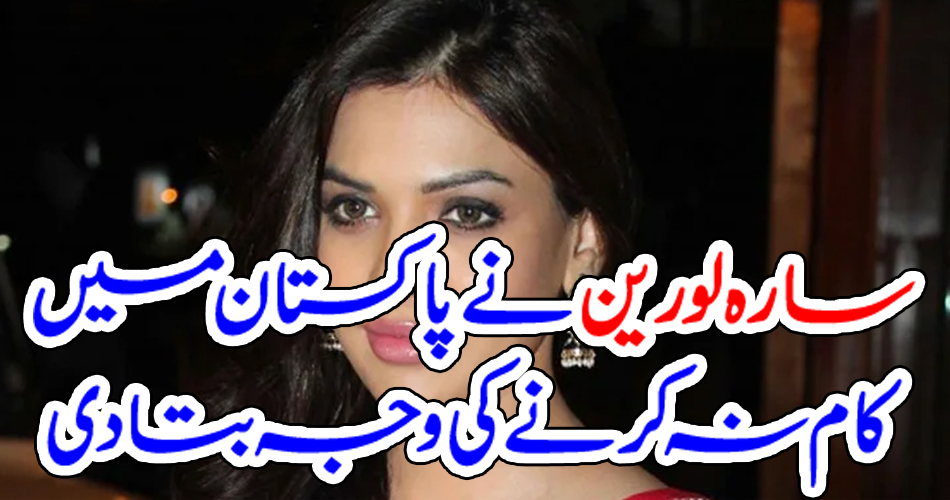 Lahore: (Web Desk) Leading Pakistani actress Sarah Lorraine has given an important reason for not working in Pakistan film industry after working in Bollywood. In an interview, Sarah Lorraine was asked why she had not appeared in a Pakistani project in a long time.

Sarah Lorraine replied that once you step into Bollywood, many Pakistanis think that you will not accept any offer here. “People think that you will stop getting scripts and I have faced it,” she said. Earlier in an interview, Sarah Lorraine said that people do not know that I pray and sit in i’tikaaf. I have been sitting in i’tikaaf since I was 12 years old. Whenever I am in trouble, Allah I refer to He said that people consider me a Christian. When I came back to Pakistan from India, I was very upset. Then I sat in Itikaf for a few days after which my life got better. Sarah Lorraine also explained in an interview the reason for working in Bollywood. “I prefer to work in Bollywood because it is a big and well established industry,” he said. Sarah Lorraine began her acting career with the ARY Digital drama “Rabia Zinda Rahegi”. He later stepped into Bollywood with Pooja Bhatt’s film “Kajrare”. She became famous for her role in the 2013 film “Murder 3”.