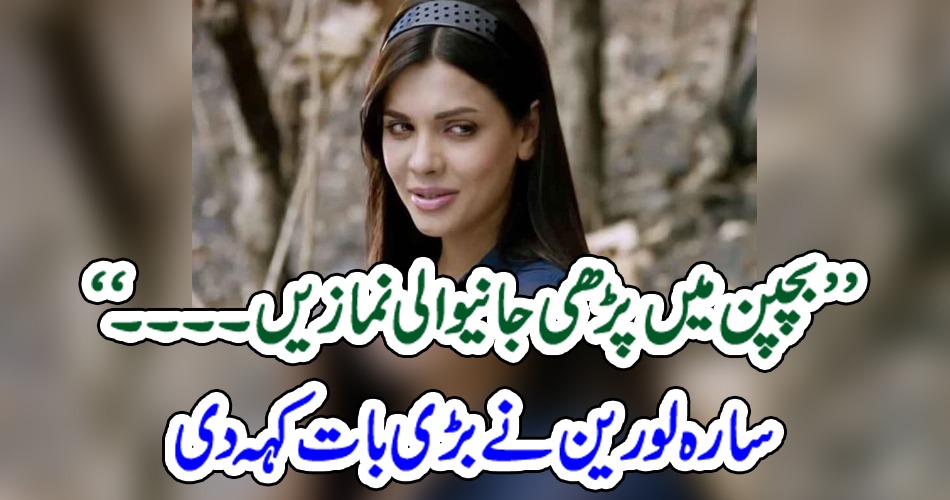 KARACHI (News Desk) – Leading Bollywood and Lollywood actress Sarah Lorraine has said that she feels that the prayers offered in her childhood can save her from the troubles of youth. ‘Where she shared her new film’ Ishrat Made in China ‘and her experience working in Bollywood.

Sarah said about her experience working in the film that she has played the role of a Chinese woman in the film and she enjoyed doing this role very much, because she felt that in this film They have done something different by working. Sarah became obsessed with talking about her father and said that I had lost my father at a very young age. I think sometimes the prayers offered in childhood saves you from the troubles of youth. Sarah Lorraine said that Pakistani stars have a lot of flair when they do not like fake people but they like people who are truthful. She also does yoga to stay fit.