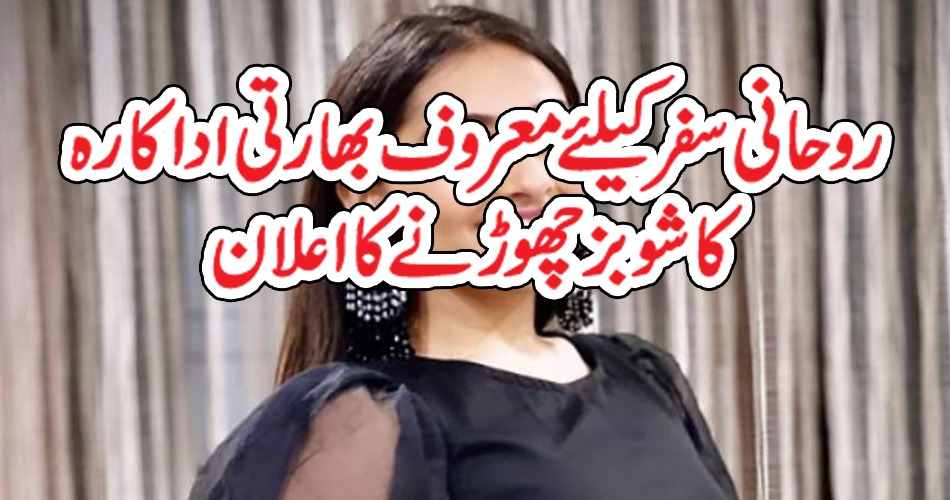 Mumbai (Web Desk) Actress Anagha Bhosle, who played the role of Nandini in the Indian show ‘Anupama’, has announced to quit acting and embark on a spiritual journey. She shared her decision to quit showbiz on Instagram. He also wrote a detailed note in which he explained the reason for his decision to step down from Showbiz.

“I want to get away from people who want to distance themselves from God,” the actress said in her post. “I know you all. You have been kind to me and for that I thank you, some of you still do not know that I am officially leaving the film and television industry, I hope you all make my decision We will respect and support it, “she said, explaining her reason for leaving Showbiz.” I made this decision because of my religious beliefs and my spirituality. ” I believe that you should continue your hobby and mission but where your personality and consciousness is deteriorating then I believe that it is better to leave this path or stay away from it.

Like Loading...
previousWhat is done for beauty? Kabra Khan’s revelation that stunned the fans
nextWhat did the security personnel do during the search at the airport that made Ushna Shah angry? Message issued
%d bloggers like this: