‘I will sit for the 10th exam from jail’, Abhishek surprised Amitabh Bachchan 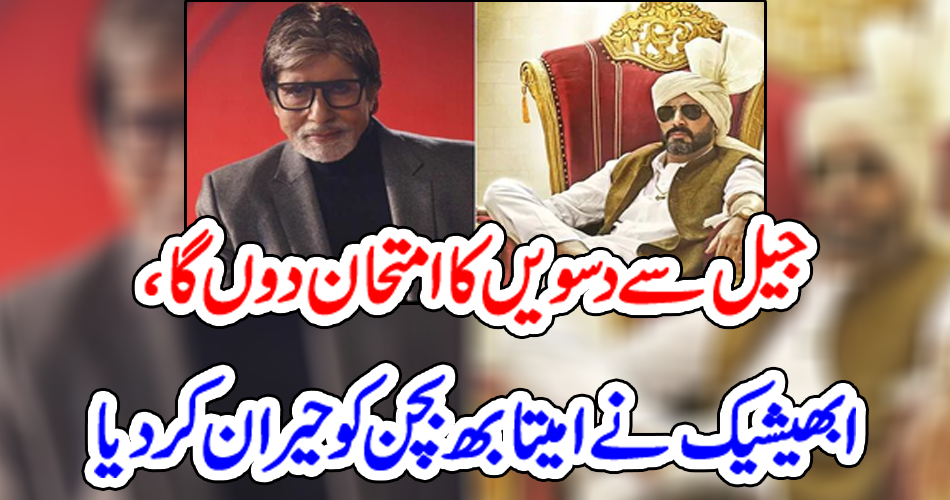 Mumbai: (Web Desk) Bollywood industry big name Amitabh Bachchan after watching the trailer of his son Abhishek Bachchan’s film seemed to feel proud of his work. The coin named after Amitabh Bachchan, known as the ‘Emperor’ of Bollywood, is still in circulation in the film industry.

Amitabh Bachchan made many films and managed to drive the audience crazy with his acting through various roles. Sharing the teaser of the film on social networking site Instagram, Amitabh Bachchan wrote: Gives.’ In this film, Abhishek Bachchan will play the role of Gangaram Chaudhary who wants to sit for the 10th class exams while in jail. The tenth teaser shows the famous actor Abhishek Bachchan saying that he is preparing for the 10th class exam and then standing at the library table and saying dialogue that he will take the 10th exam from jail because it is his. Education is a right. Bollywood actor Ajay Devgn, while sharing the teaser of the movie ‘Tenth’ on social networking site Twitter, wrote that the trailer of Chaudhry Sahib Jr. Bachchan’s movie ‘Tenth’ has arrived and all the best wishes for his success! Social media users continued to express their liking for the film while most of the fans were also excited to watch the film. Apart from Abhishek, actresses Yami Gautam and Nimrata Kaur will also be seen in the film, which will be released on April 7 in seminaries.

Chaudhary saab juniorbachchan all the best for you #Dasvi

Like Loading...
previousTime is of the essence! What did the in-laws do when the husband died? Zeenat Aman made a sad revelation
nextWhat kind of girl does Tiger Sharoof want to marry? Learn
%d bloggers like this: