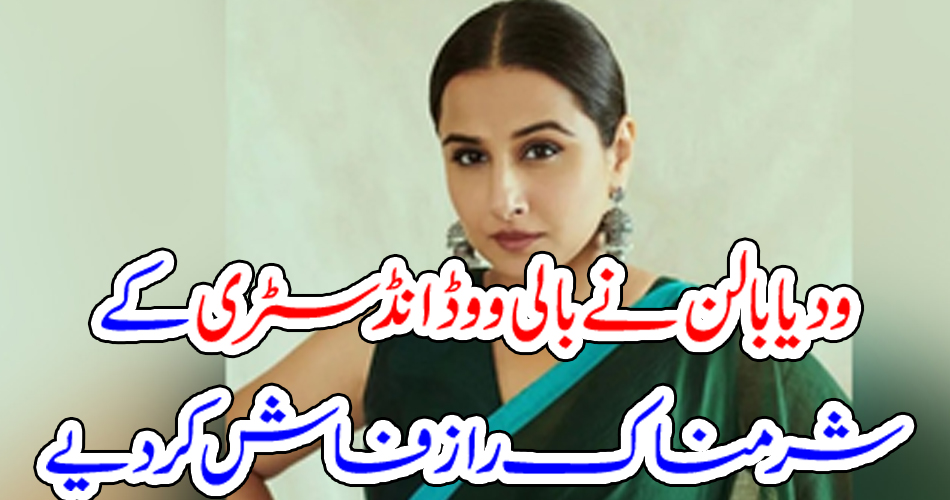 Mumbai: (Web Desk) Leading Bollywood actress Vidya Balan has revealed the secrets of Bollywood industry. In an interview with a foreign news agency, the actress talked about the shameless people who offer her ridiculous roles in films. Vidya Balan revealed that sometimes filmmakers offer her such roles as she Are beyond imagination. Vidya Balan who is famous for her female lead roles. “Sometimes producers bring me scripts that don’t make sense,” she said. “People are very shy, they will bring you everything,” he added. The actress said that sometimes I just ask, brother, why did you come to me? I also ask the filmmaker if he is playing the role of a hero. However, during the interview, actress Vidya Balan also said that I am not saying that I only have to play important roles, but if I am offered a role that has some life in it. He said that he entered the film industry at the age of 26 and considered himself lucky to have played many strong roles.

Like Loading...
previousWhat kind of girl does Tiger Sharoof want to marry? Learn
nextWhat happened that ‘Sarah Lorraine’ had to be rude to ‘Fahad Mustafa’? Incredible revelation of the actress
%d bloggers like this: