What happened that ‘Sarah Lorraine’ had to be rude to ‘Fahad Mustafa’? Incredible revelation of the actress 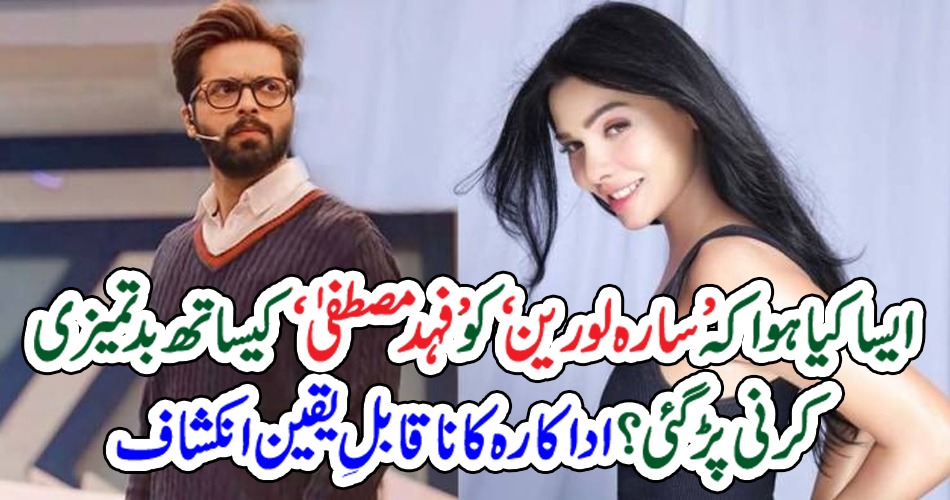 LAHORE (News Desk) – Renowned actress Sarah Lorraine has revealed that she once had an affair with actress-host Fahad Mustafa. Talked about professional life and also shared some interesting and unpleasant incidents. During the program, the host Noman Saeed asked the actress if Pakistani actors and actresses

Has worked in Bollywood, he seems to consider himself bigger than the industry and when he comes back there are usually behavioral problems, did Sarah also have this problem? To which Sarah Lorraine replied that When she started working in Pakistan, she had behavioral problems. She revealed that she was working with Fahad Mustafa in Drama Sandal, where he insulted her. He said that he was not in a good mood that day and Fahad Mustafa repeatedly asked him to stand up straight so that he could give his shot. Announced However, she said that she now understands a lot of professional matters. It should be noted that Sarah Lorraine is back with the Pakistani film ‘Ishrat Made in China’. Before going to Bollywood, the actress has shown the essence of acting in dramas like Anukhi, Noori, Sandal and Shaukat Ali.