Salman Khan gives major weekend vibes as he gets into a pond to beat the heat; PIC 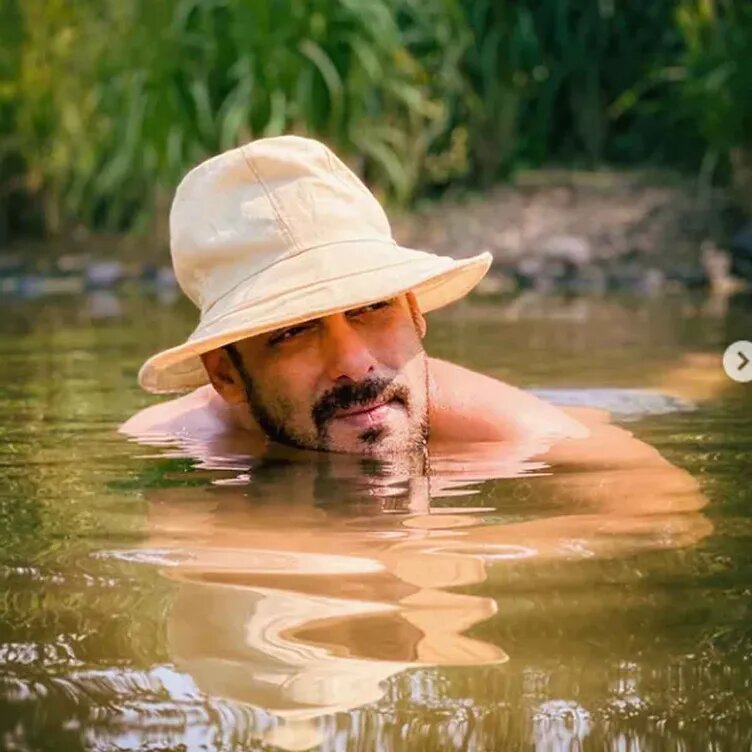 Salman Khan has aced the art of being headlines every now and then. Be it with his appearance in the city, for his upcoming movies, shoot details or his social media activities, everything about the Prem Ratan Dhan Payo actor tends to grab the eyeballs. However, this time Salman is making heads turn for his recent pic on social media which is going viral for all the right reasons. In the pic, the Ek Tha Tiger actor had switched on his chill mode and was dishing out major weekend vibes.

Taking to his Instagram account, Salman posted a pic of himself resting in a pond. He was all smiles as he was chilling in the pond and was also wearing a hat. Besides, the green bushes in the background add a charm to the pic. Looks like Salman has found the perfect way to beat the heart. Soon after the God Tussi Great Ho actor had shared this chilling in pond pic, the fans took to the comment section and dropped hearts for the superstar.

Like Loading...
previousEXCLUSIVE: Yash fans set to screen KGF 2 trailer at 20 locations, including the Mysore railway station
nextTiger Shroff opens up on Heropanti 2’s BO clash with Ajay Devgn’s Runway 34: Both films can flourish together
%d bloggers like this: