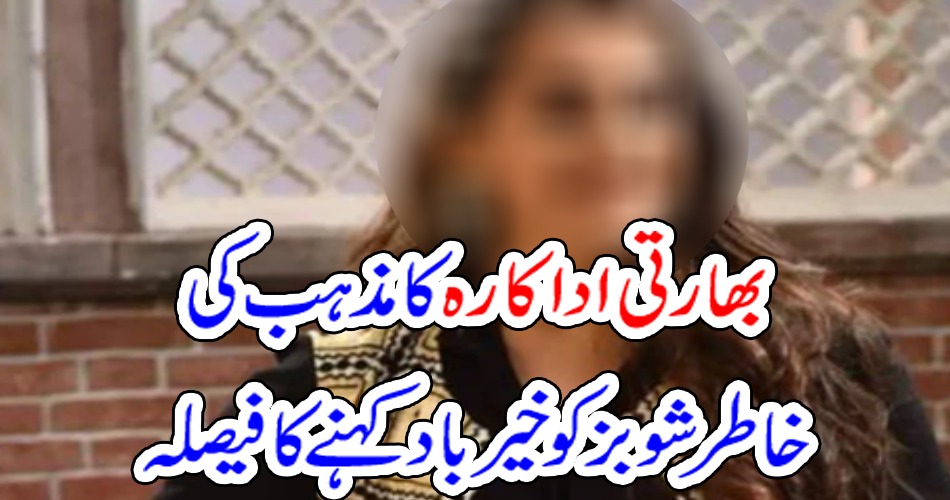 Mumbai: (Web Desk) Indian actress Anagha Bhosle has decided to say goodbye to showbiz for the sake of religion. The actress shared her decision to quit showbiz on the photo and video sharing app Instagram and wrote, “I know you have all been kind to me and I thank you for that.” Anagha Bhosle wrote that some of you still do not know that I am officially leaving the film and television industry and I hope that you will all respect and support my decision. She wrote that she made this decision because of her religious beliefs and spirituality. I believe it is better to leave this path or stay away from it. 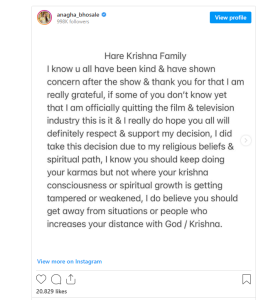