The house broke down over a small matter … !! The reason for the separation of Sajjal Ali and Ahad Raza Mir came to light 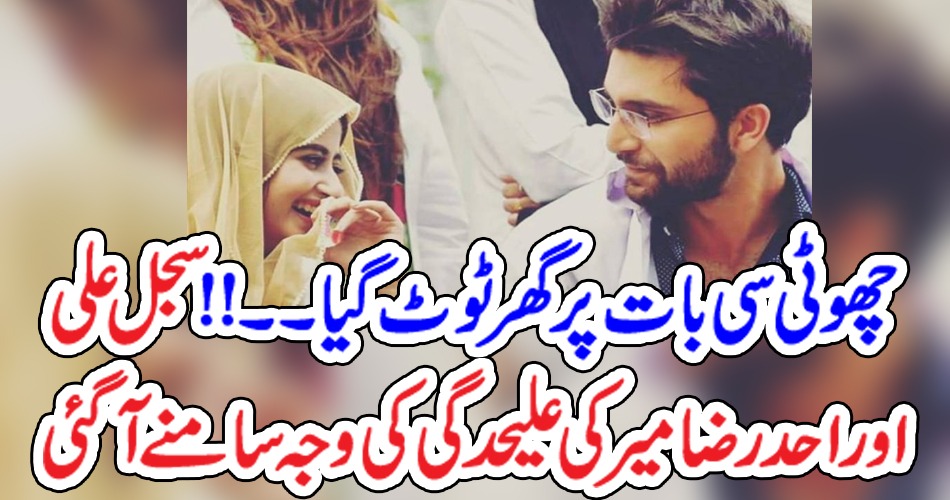 Lahore (Web Desk) The possible reason for the split between the well-known showbiz industry duo Sajjal Ali and Ahad Raza Mir has come to light. Sources said, They were not giving, however, they were allowed to work in the drama which was not acceptable to the actress

This was the main reason for the divorce between the couple. ” And internet users are looking annoyed. Journalists Amna Isani and Hassan Chaudhry, while chatting in a live show, said that it has been confirmed that the couple has been legally divorced.