Did Aamir Khan say goodbye to Bollywood? Important explanation of the actor 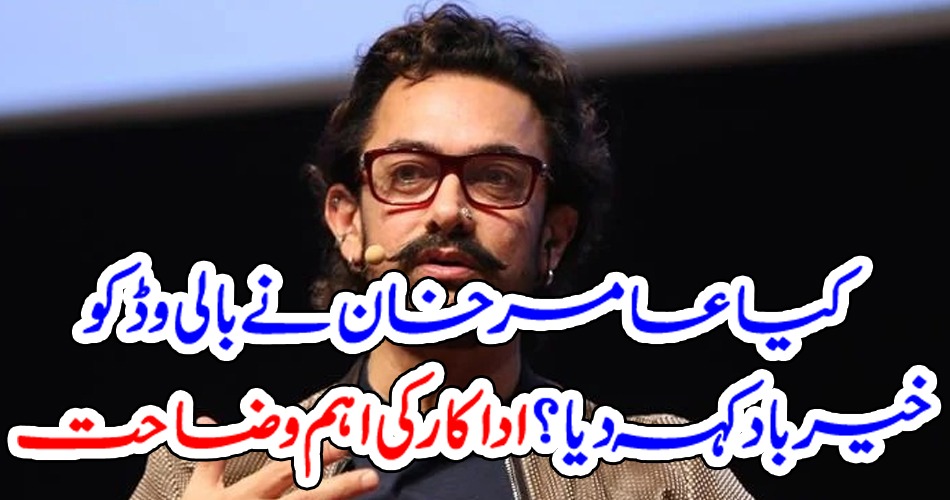 Mumbai: (Web Desk) Why did Indian film industry’s “Mr. Perfectionist” Aamir Khan decide to leave Bollywood two years ago? The actor himself has explained it. According to “Bollywood Hungama”, Aamir Khan has revealed that he had decided to leave the film industry even before the release of the film “Lal Singh Chadha”. However, Karan Rao (ex-wife) was obsessed with my decision.

Aamir Khan said that he had considered quitting Bollywood two years ago during the Corona virus epidemic but did not make a formal announcement as he thought people might consider it a “Lal Singh Chadha” advertisement. In response to a question at a function in Mumbai, Aamir Khan said, “I said goodbye but no one knows about it. I told my family that I will not do any film from now on.” I will produce a film. “My family was shocked when I told them this but no one argued with me. Then I thought I would tell people that I would not work in movies anymore, then I said. If I tell people they will say this is my marketing scheme because my movie “Lal Singh Chadha” is about to be released. Aamir Khan further said that anyway my film comes three or four years later, after the release of Lal Singh Chadha no one will realize whether I am doing anything for the next three or four years or not, by then I will leave the industry. I will give and no one will know, so I decided not to say anything and three months passed like that. “When I look at you, I see movies inside you, I don’t understand what you are saying,” he said. Aamir Khan said that a lot has happened in these two years, I left the industry and came back, I started working with my daughter after leaving the industry.