Nargis Fakhri explained the main reason for her distance from Bollywood 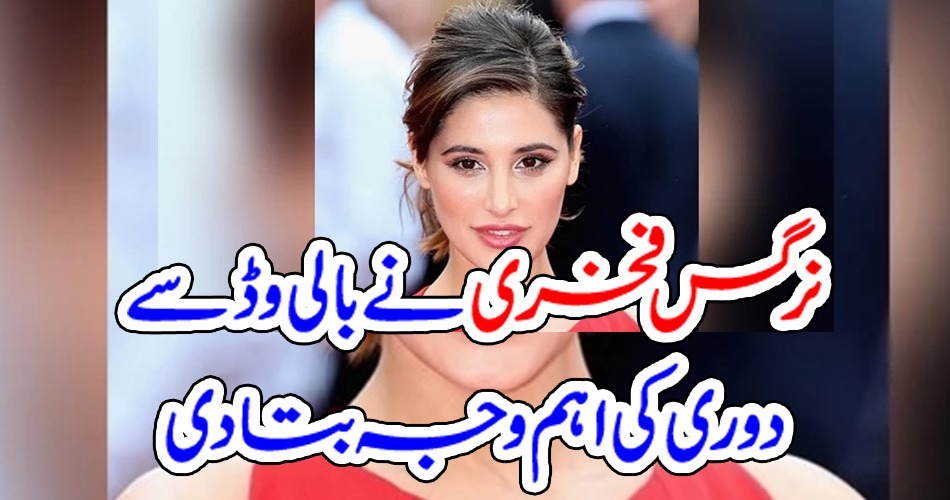 Mumbai: (Web Desk) American-born Bollywood actress Nargis Fakhri has given an important reason for her distance from the film industry Bollywood. According to the Times of India, Nargis Fakhri has spoken openly about why she took a break from acting a few years ago to focus on her mental health. She had several releases at the time but still decided to take a break because she was not happy. In a recent interview, Nargis Fakhri said, “I realized that I work a lot and suffer from stress. I missed my family and friends a lot.” The actress said that between 2016 and 2017 I started to realize this thing, I started to feel that the things that make me happy are not actually doing it, I did one film after another and thought of doing a lot. Nargis Fakhri said that I felt the need to take a break to keep myself and my body balanced and at that moment I took a step. Keep in mind that Nargis Fakhri is back in India and will be appearing on the big screen soon after almost two years. After making her Bollywood debut with Ranbir Kapoor’s “Rock Star”, she appeared in other Bollywood films.

Like Loading...
previousDid Aamir Khan say goodbye to Bollywood? Important explanation of the actor
nextWho are those rock stars of Pakistan? Who is a relative of Indian actor Aamir Khan
%d bloggers like this: