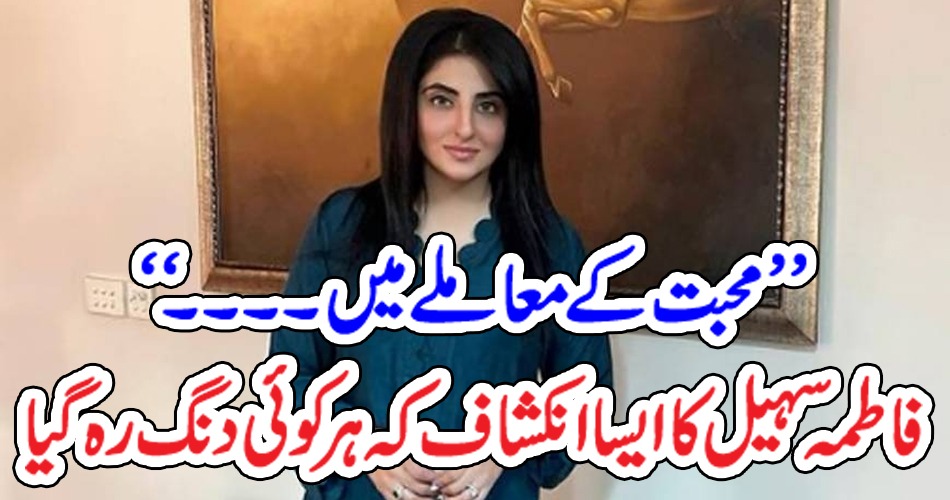 Lahore (News Desk) Actress Fatima Sohail has revealed that she is shy in expressing love and cannot express it openly. In an interview, she said that the current era of showbiz is a time of fierce competition, as many young actors are working at the moment. Fatima Sohail said that at that time she was not only her son.

He is also the breadwinner of his mother and now his life is out of trouble. In response to a question, he said that even if he was given crores of rupees for lying, he would never speak. In response to a question, the actress She said that she is shy in the matter of expressing love, she cannot say everything to everyone, however, if she falls in love with someone, she gives them hints but does not express them clearly. And singer Mohsin Abbas Haider, whom he had divorced in September 2019.

Like Loading...
previousWho are those rock stars of Pakistan? Who is a relative of Indian actor Aamir Khan
next“I used to ask for prayers that …” Noman Ijaz made a big revelation
%d bloggers like this: