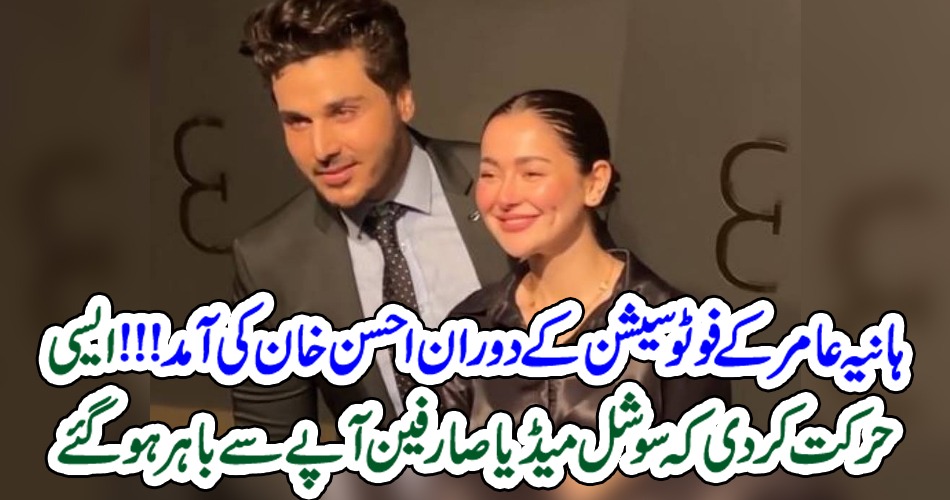 Karachi (Web Desk) During the photo session of Haniya Aamir’s sudden arrival and grabbing him with both arms, actor Ahsan Khan became the target of criticism on social media during the photoshoot. A video is going viral on social media in which beautiful actress Haniya Aamir They are taking pictures and suddenly Ahsan Khan comes in the middle, grabs Haniya by the arms and takes joint pictures. Ahsan

Haniya Omar gets a little nervous about Khan’s sudden arrival but soon hides her reaction realizing the clicks of the cameras. Social media users did not like Ahsan Khan’s sincerity at all. Users wrote that Haniya Aamir was not ready for Ahsan Khan’s sudden arrival and sincerity so she did not look happy. One user wrote that Ahsan Khan should have taken care and should have come on the red carpet with permission. Many consumers in support of Ahsan Khan said that this is not a surprise in the showbiz industry, Ahsan Khan is a senior actor. Both are good colleagues, friends and professional actors and understand these nuances.