Zara Noor Abbas’s ‘Malik Bath’ !!! After the video went viral, the actress had to explain 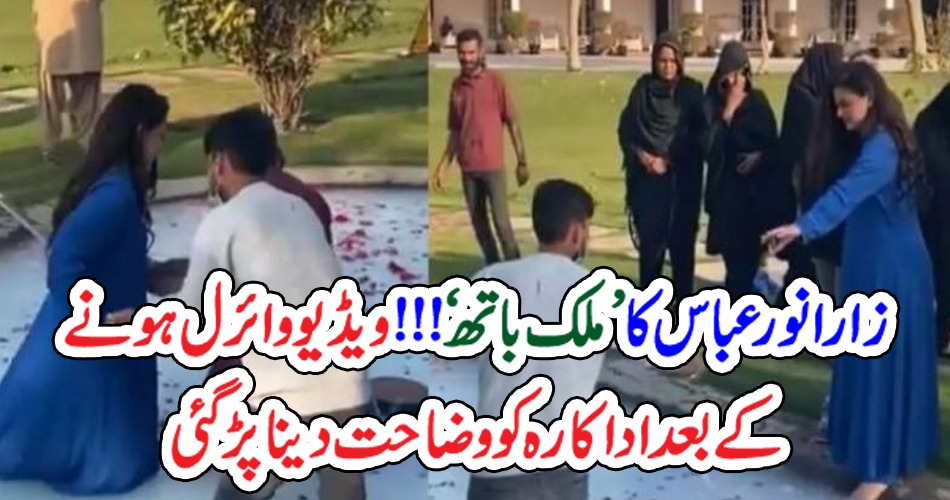 Karachi (News Desk) Leading actress of Pakistani drama industry Zara Noor Abbas has to explain after the criticism of internet users on the video of ‘Malik Bath’ shot for her new drama. A video of Zara Noor Abbas from recent days. Is going viral on the internet during the shooting of his new drama which is being aired on private TV.

In one scene, the actress is going down to the pool to take a bath with milk. However, internet users are sharply criticizing the misuse of milk. After the criticism of social media users, Zara Noor Abbas got an explanation about the video and she shared the same video on her Instagram account and wrote in her explanatory message: “It’s not pure milk, it’s just water that has been colored by adding artificial colors. Social media users are angry not only over the milk bath but also over the ritual shown in the drama,” he said. It is not a part of, but it is a ritual of Hindu religion.