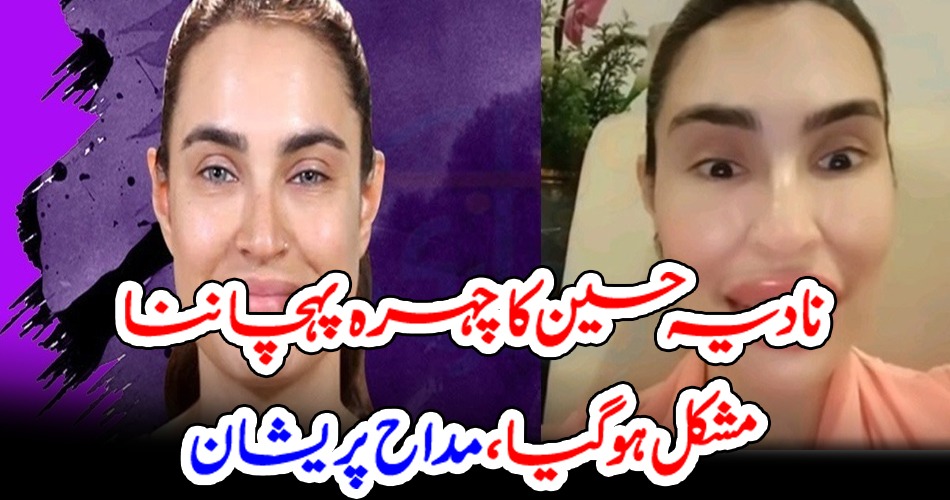 Lahore: (Web Desk) Pakistan’s famous actress and model Nadia Hussain’s face became difficult to recognize. A video of the actress has gone viral on various social media pages in which it is becoming very difficult to recognize her face. In the viral video, it can be seen that Nadia Hussain is laughing a lot and saying that today I was really going to be killed. After watching the video, her fans got upset about what happened to her but Nadia Hussain is fine. And this was an Instagram video for which he used a mobile feature which made his face look like this. It is believed that this video has been viewed by 68,000 people on social media so far.