How do you get into the showbiz? Incredible revelation of Fatima Sohail 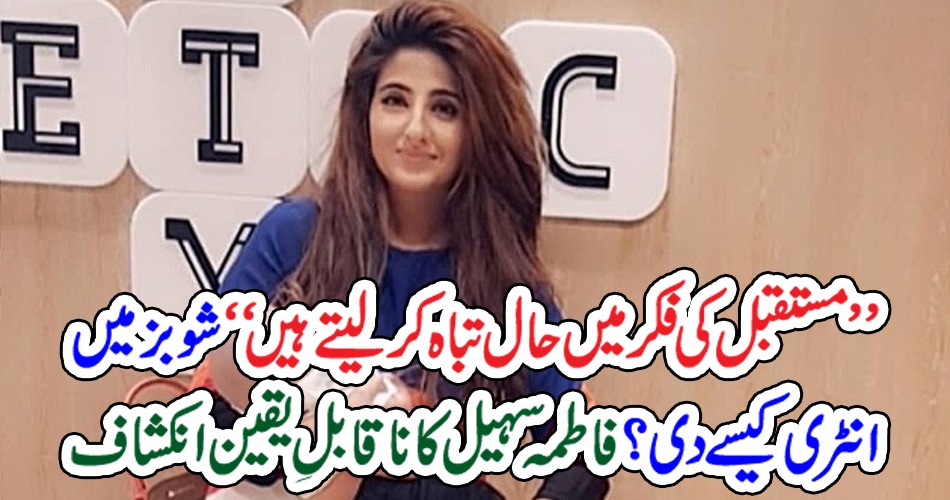 Lahore (News Desk) Well known actress Fatima Sohail told in the program how she entered the showbiz industry. Speaking on a program on a private TV channel, actress Fatima Sohail said that she made her debut with a drama in Showbiz in 2019. She came to Showbiz with the consent of her parents. Talking about the drama industry, she said that now the past Drama than

I have started to improve and the script has also started to change which is a welcome thing for the industry. He said that we ruin our situation by worrying about the future. He said that at the age of five he realized that he could sing but faced many difficulties for success. Referring to the film industry in Pakistan, he said that now films are made in Pakistan. In the past, 120 to 150 films were made annually in Pakistan, now 20 films are not being made. Now there is no film writer left in Pakistan. On the other hand, in response to a question, he said that parents and true friends are the assets of life, I miss friends the most.

Like Loading...
previousA new sensational claim regarding the alleged divorce of Uhud and Sajjal Ali has come to light
nextSeparation of Sajjal Ali and Ahad Raza Mir !!! What role did Haniya Amir play ?? Terrible claim
%d bloggers like this: