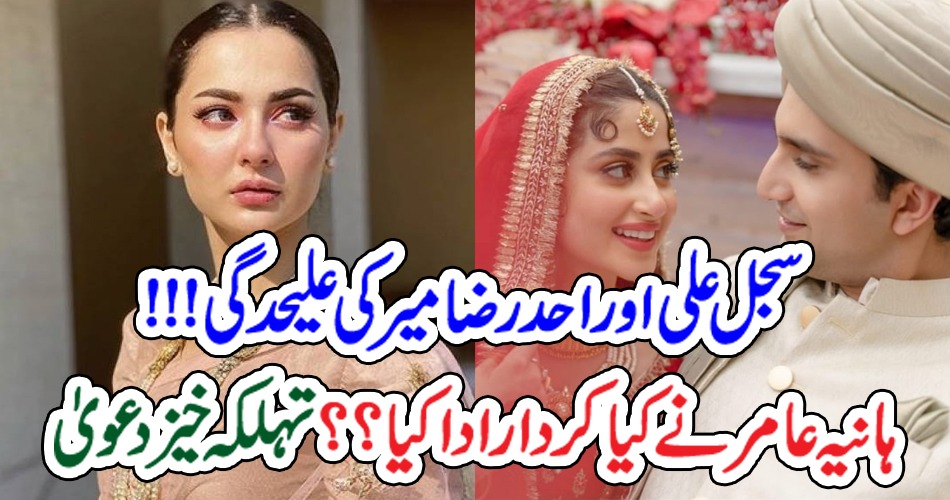 Karachi (Web Desk) Pakistani social media and other sectors so far have not been able to come out of the depression spread by the news of the divorce of their favorite artist duo, actress Sajjal Ali and actor Ahad Raza Mir, while a new claim regarding this divorce has now emerged. A video statement of journalist Talib Tahir went viral on social media yesterday in which Sajjal Ali on his behalf

And the reason for the divorce that took place between Ahad Raza Mir was the flirtation of Ahad Raza Mir and several love affairs. Taloob Tahir said that everyone in Pakistan showbiz industry knows that Ahad Raza Mir is a man of nature, Ahad Raza Mir is a flirtatious artist. Taloob Tahir said in his video that Ahad Raza Mir He was caught with an actress (famous star). The video of Tahir wanted to go viral was that now a new claim has come out in which it is said that the couple separated due to actress Haniya Amir. ۔ Not only Tahir but also internet users are now using Haniya Amir’s name in this story and it is being claimed that this marriage has broken down not because of Sajjal Ali but because of different lovers of Ahad Raza Mir.