The actress fell into the water from a height !!! Video viral 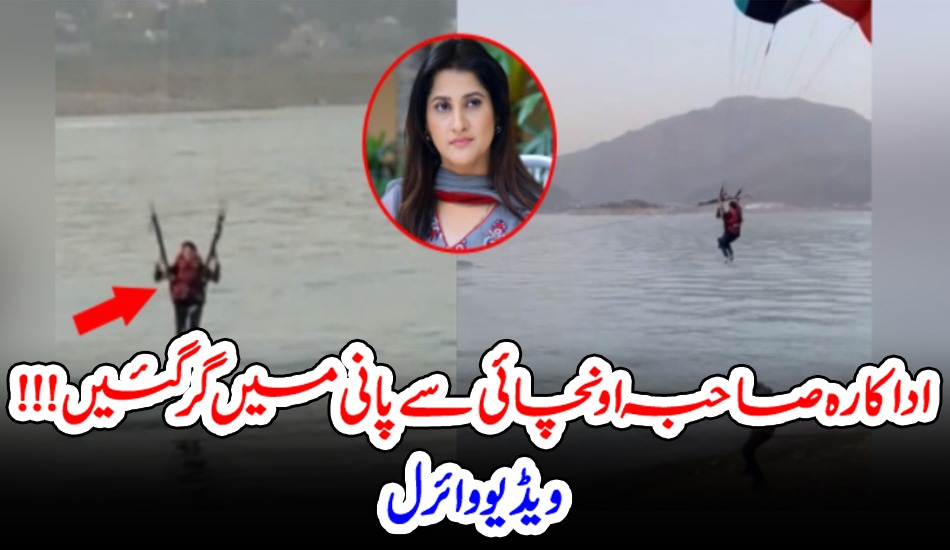 Lahore: (Web Desk) Pakistani showbiz industry’s well-known actor Afzal Khan alias Rambo’s wife and actress fell into the water from a height, the video of which has gone viral on social media. The actress has uploaded a video of herself on social media in which she is seen paragliding for the first time. He shared the experience of paragliding with the fans but for the first time the experience of paragliding was not so successful. In this video it can be seen that at a beautiful place Sahiba is taken away by two persons who are skilled in paragliding after which Sahiba starts flying towards the sky but after a few moments she flies down from the sky to the water. They fall and the bodyguard rushes to the speedboat to help them out of the water. It should be noted that the actress often shares videos of her engagement with fans on her YouTube channel, especially on her Facebook account.