What happened to Sajal while jumping from the mountain ??? Dananir told everything 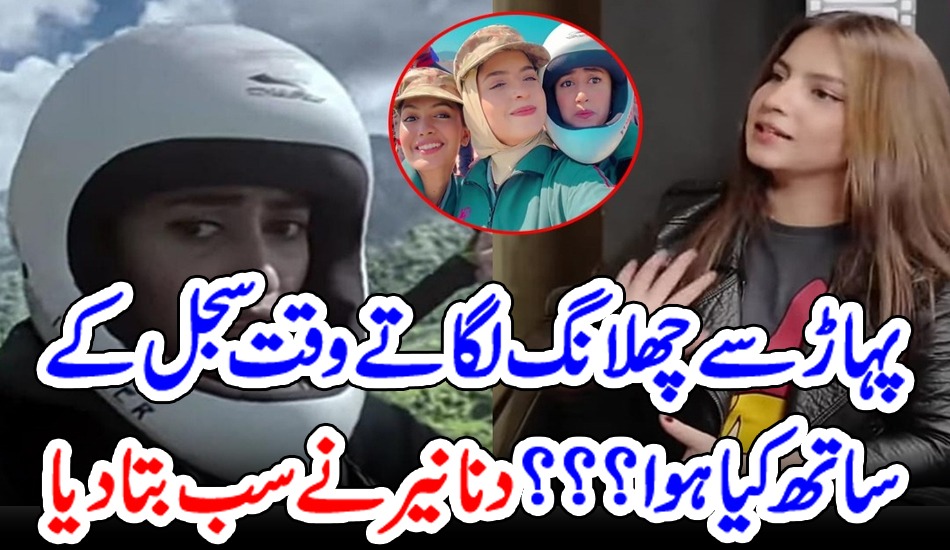 Lahore: (Web Desk) All that happened while jumping from the mountain with Pakistan’s famous actress Sajjal Ali was told by Dananir Mubeen. “I enjoyed working with Sujal because she is my favorite artist,” said Dananir Mubeen in an interview. The actress said that Sujal has acrophobia and his condition started getting worse after going to Heights.

Sajal was very nervous while jumping from the top of the mountain so before he jumped we told him to take one last selfie with you and then we took a selfie too. We actually did paragliding in which Sujal was terrified of acrophobia while Rimsha was also afraid of these exercises and she was also afraid of jumping and jumping. We used to be at the forefront but our role in the drama was such that we had to stay behind. The director kept telling us that you people have to stay behind. The actress said that it was a lot of fun to talk to Saira Yusuf too, she is very intelligent and she also got a chance to learn a lot from him. Dananir said that the experience of working with Shahriar Munawar was also very good. Referring to her work experience in the cast iron, the actress said that it was a tough experience, working with heat, uniforms, heavy shoes, bags, rifles and then hijab. Talking about his life, he said that there are difficulties in my life too. It is not that all is well but I like to give more thanks to Allah for His blessings. “There is trolling about us, it hurts, people say there is no talent in it, even if this girl became famous, such things make us sad,” Dananir said.