What did Kareena Kapoor stop Saif Ali Khan from doing? 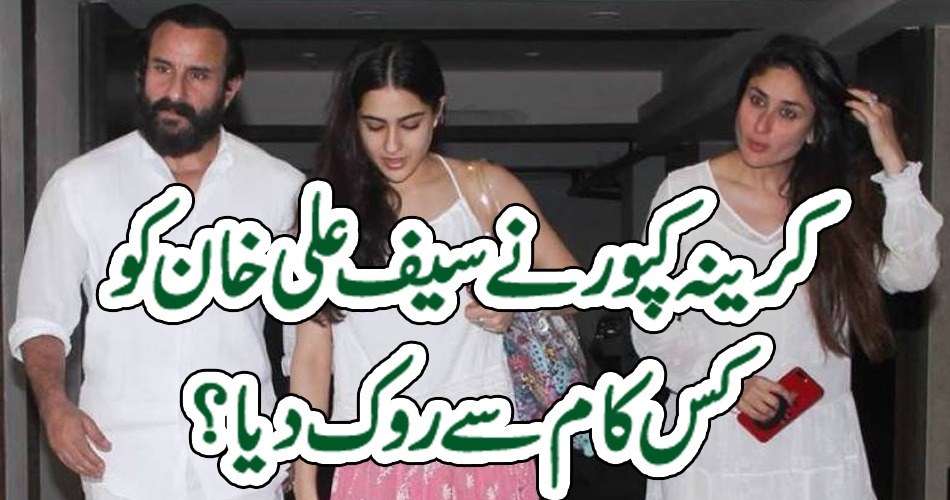 Mumbai (News Desk) Bollywood actress Kareena Kapoor has revealed that she has stopped her husband Saif Ali Khan from having more children and has made it clear that she is now thinking of having a child at the age of 60. Bollywood actress recently giving an interview to a fashion magazine

Kareena Kapoor spoke openly about the changes and complications that come in life after becoming a mother. She said that when her first child was born in 2016, how scared she was then and how satisfied she is today. Kareena also made a surprising revelation about Saif Ali Khan during the interview. Saif has given birth to one child every decade (ie 10 years) till the age of 50 after getting married in his youth and there is a difference of 25 years between his first child Sara Ali Khan and last child Jahangir Ali Khan Kareena Kapoor also praised Saif Ali Khan’s role as the father of her children during the interview. She said that Saif loves his four children immensely and considers them all equal. However, Kareena smiled. He said that he has warned Saif not to want to be a father again at the age of 60. It should be noted that Bollywood actress Saif Ali Khan and Kareena Kapoor were married in 2012 and their two Have sons