Kajal threatens Ajay with separation because of which actress? 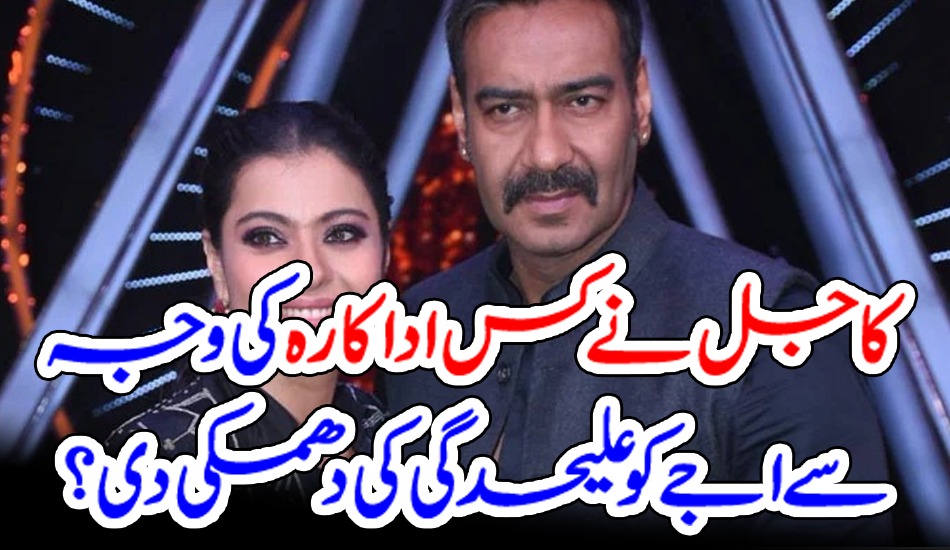 Mumbai: (Web Desk) News of affair between actors and other actors in a marital relationship is not new to the fans and then in the Bollywood industry such news comes out from time to time, most of which are rumors. Did you know that Ajay Devgn and Kajol had a falling out in 2010 when the actor’s film ‘Once Upon a Time in Mumbai’ was released? Ranawat has a close relationship and the two are very close to each other, these days the news spread like wildfire on the Indian media. According to Indian media reports, Kajal threatened Ajay that if all this did not end or come true, she would separate with her sons Yag and Nisa. What did Ajay Devgn say? Later, Ajay Devgn gave an interview to the Indian media and termed all the news as false. “I will not allow anyone to associate anyone’s name with my name. I love my job,” he said.

Like Loading...
previousWhy hasn’t Priyanka Chopra named her daughter yet? The reason has come to light
nextWhose son is this famous actress?
We use cookies on our website to give you the most relevant experience by remembering your preferences and repeat visits. By clicking “Accept All”, you consent to the use of ALL the cookies. However, you may visit "Cookie Settings" to provide a controlled consent.
Cookie SettingsAccept All
Manage consent