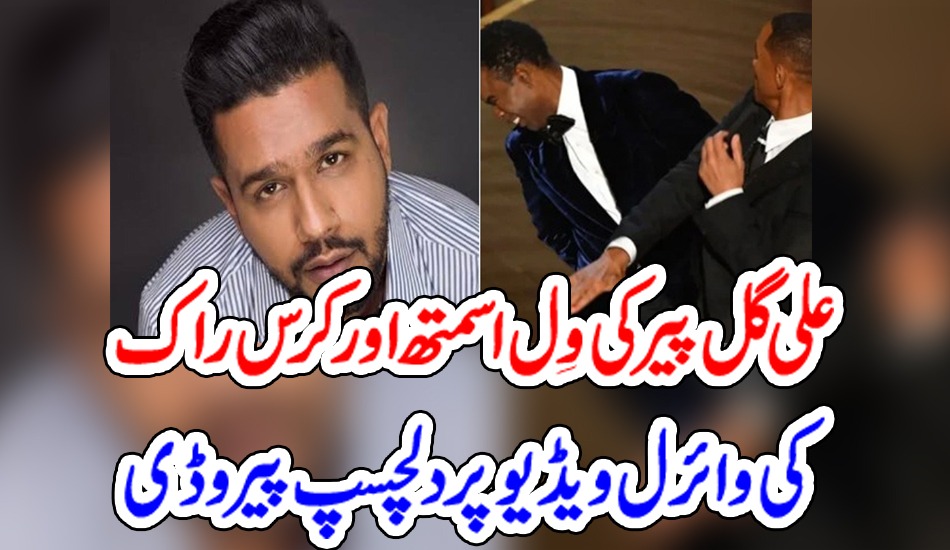 Lahore: (Web Desk) Pakistan’s famous comedian and singer Ali Gul Pir made an interesting parody on the viral video of Will Smith and Chris Rock. Ali Gul Pir shared a new parody on the viral video of comedian Chris Rock receiving mecca for making fun of actor Will Smith’s wife at the 2022 Oscar Academy Awards on the photo and video sharing app Instagram. Former national cricket team captain Wasim Akram’s wife Shanira Akram could not help but admire the video. At the same time, the video is being liked by social media users. One user wrote that they were waiting for Ali Gul. Make a parody of this incident on Monday. Another user wrote that they were waiting for the reaction of the actor on this incident and this parody is better than the original video of this incident. During the 94th Oscar Awards ceremony, comedian Chris Rock joked about actor Will Smith’s wife and actress Jada Panket Smith in order to make the audience laugh. He didn’t like the joke about it and he angrily went on stage during the live show and punched Chris Rock.