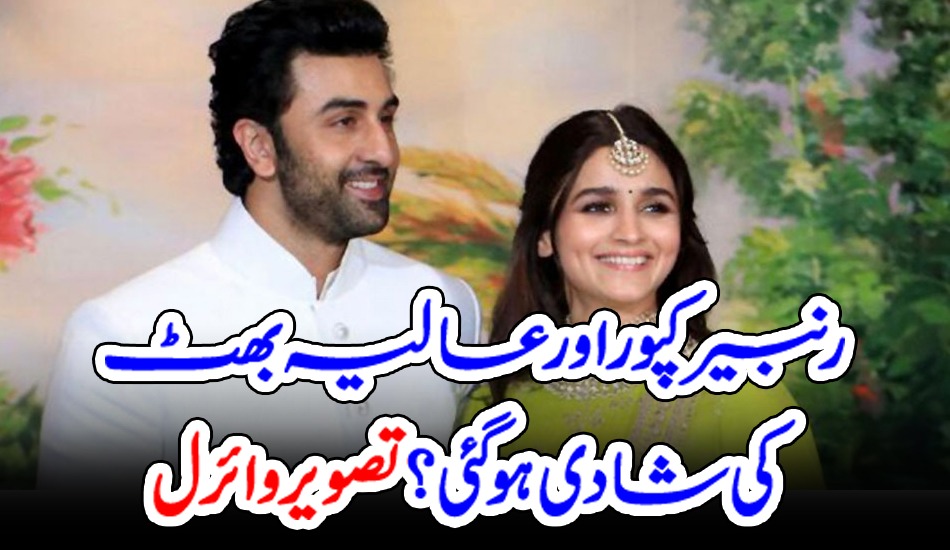 Mumbai: (Web Desk) For some time now, the news of the marriage of the charming Bollywood couple Alia Bhatt and Ranbir Kapoor has been circulating, the latest news in this regard is that they are married? Indian media has shared a photo of Ranbir Kapoor and Alia Bhatt’s wedding and claimed that the couple has tied the knot. False or true marriage news? Recently, Ranbir Kapoor broke the silence in an interview and said that Alia and I intend to get married soon. Yes, we will get married soon. Earlier, Ranbir Kapoor’s father had said that as far as As far as I know, there is no such thing. We have not made any preparations, so how can marriage be so fast? It should be noted that Ranbir Kapoor and Alia Bhatt are a famous Bollywood film duo. Both the stars are often in the news due to their friendship and relationship. Nowadays, everyone is mentioning the date and place of their marriage, while someone is giving the date of their marriage in April this year.

Like Loading...
previousExciting parody on the viral video of Ali Smith and Will Smith and Chris Rock on Monday
nextMiss Universe Harnaaz Kaur Sandhu Talks About Ugly Body-Shaming After Gaining Weight
%d bloggers like this: