Now what did actress Mahira Khan do that made social media a target for users? 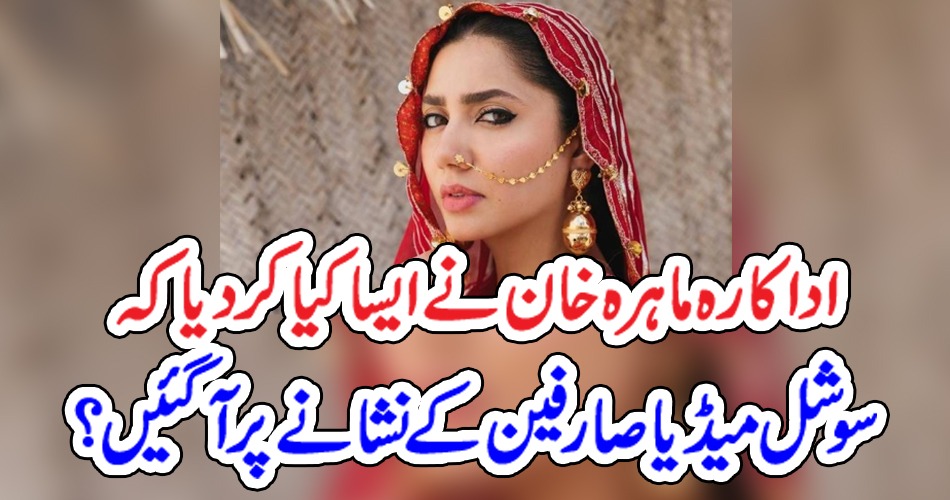 Lahore (News Desk) Lollywood actress Mahira Khan has also come under fire from the Keyboard Warriors for her western style dress embellished on the occasion of her brother’s engagement. She shared photos of her brother’s engagement in which she was wearing a lehenga bra which was not liked by her fans and she was criticized. One user, Haniya Chaudhry, wrote, “Bhai Malang hai kya?”

Jaffery wrote that “it has become very modern”. Syeda Anam Rumi wrote that “there is a lack of flowers or my brother ate the flowers”. She has also worked in Bollywood and is currently working with Fahad Mustafa in the upcoming film Quaid-e-Azam.

Like Loading...
previous‘I Know A Lot About Indian Food’ – Jake Gyllenhaal Shares His Love For Indian Culture & Food
nextUshna Shah Blasts Haters For Criticizing Her Hand Color & Suggesting She Whiten Them
%d bloggers like this: