Why did Irfan Khan apologize to his son in his last days? Babylon explained the reason 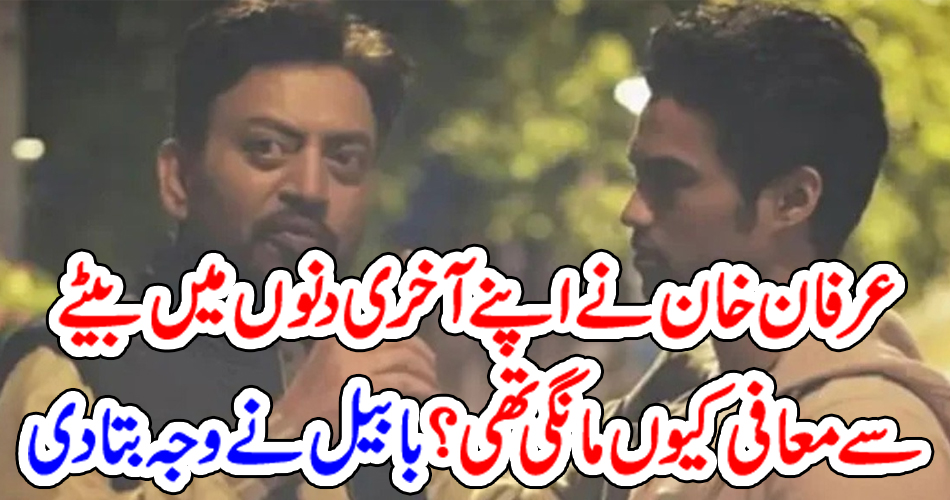 Mumbai: (Web Desk) Bollywood actor Irfan Khan had apologized to his eldest son Babil Khan in his last days, the reason has come to light. Babil Khan revealed in his recent interview that he had asked a question to his father Irfan Khan. He said it was the last day of my father’s life. I went to him and asked him why he did not participate in my school dramas. In response Dad asked me are you still stuck on it? Babil Khan said that there were tears in his father’s eyes and he apologized to me and said that he was sorry that I could not participate in your school dramas. It may be recalled that Irfan Khan died in April 2020 due to colon infection. He was diagnosed with neuroendocrine cancer in March 2018, after which he moved to London for cancer treatment. The actor has acted in more than 100 Bollywood films in his film career including successful films like Pico, Maqbool, Hasil and Pinsang Tomar. His Hollywood films include Life of Pi, Jurassic World, Slim Dog Millionaire and The Amazing Spider-Man.

Like Loading...
previous‘Consequences of not sending messages to 11 people’
nextIt’s Happening! Ranbir Kapoor & Alia Bhatt Are Reportedly Getting Married In Two Weeks
We use cookies on our website to give you the most relevant experience by remembering your preferences and repeat visits. By clicking “Accept All”, you consent to the use of ALL the cookies. However, you may visit "Cookie Settings" to provide a controlled consent.
Cookie SettingsAccept All
Manage consent