Pakistani singer Urooj Aftab has made a new history 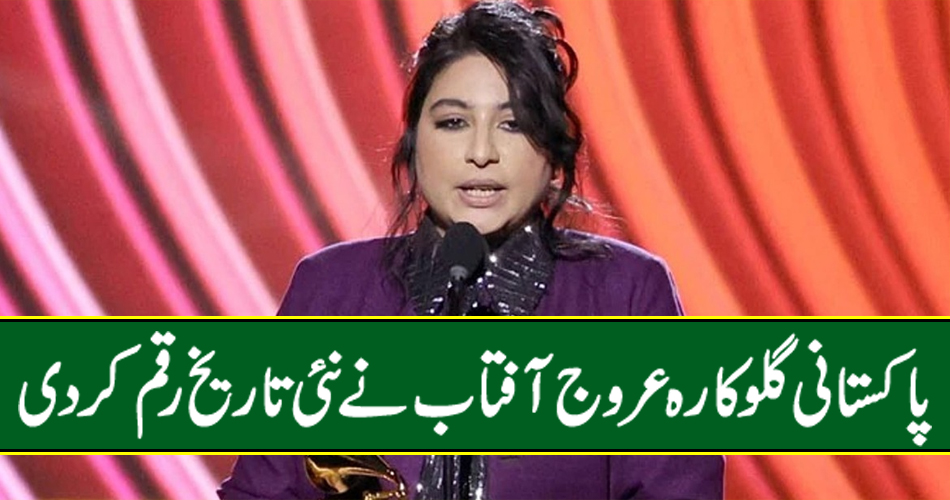 Lahore: (Web Desk) Arooj’s song Mohabbat has been selected for the Best Global Performance category of Grammy Awards. Singer Urooj Aftab said that winning the Grammy Award was not a happy occasion. A large number of celebrities and their fans are congratulating the singer on this great achievement. Arooj Aftab’s ghazal was also considered by former US President Barack Obama as one of his favorite songs. He harmonizes classical music with folk and jazz in his songs. It may be recalled that Urooj Aftab was nominated for the highest Grammy Award in the world of music, this was the first time that a Pakistani singer was nominated in 2 categories, one for Best Global Music Performance and the other for Best New Artist. Singers like Lady Gaga and Taylor Swift did not get many nominations this time. It should be noted that the singer was born in Saudi Arabia but came home with her parents and started her music career from Lahore and studied at Berkeley College of Music, USA. Urooj has been fascinated with classical music, ghazals and qawwalis since childhood. Apart from singing, he is also a musician and producer and has released three solo albums so far. Pakistani-American singer Urooj Aftab has become the first Pakistani singer to win the award at the highest Grammy Awards in the world of music. The singer has shared a post on photo and video sharing app Instagram. She wrote in her post that she is the first Pakistani female Grammy winner.

Like Loading...
previous$5.2 Million Pikachu Illustrator – YouTube Boxer Logan Paul Receives Guinness World Record
nextHere Is All We Know About Ranbir Kapoor & Alia Bhatt’s Impending Nuptials!
We use cookies on our website to give you the most relevant experience by remembering your preferences and repeat visits. By clicking “Accept All”, you consent to the use of ALL the cookies. However, you may visit "Cookie Settings" to provide a controlled consent.
Cookie SettingsAccept All
Manage consent