How much did you benefit from the photo shoot with Shoaib? Ayesha Omar made an important revelation 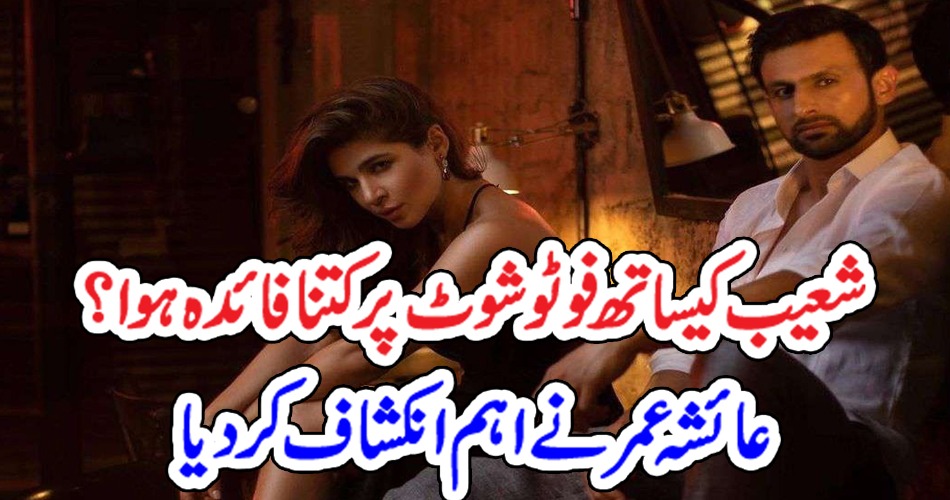 LAHORE: Pakistani model and actress Ayesha Omar has made important revelations about Sania Mirza’s reaction to her and former national cricket team captain Shoaib Malik’s photo shoot. Omar was asked how much damage was done to Shoaib Malik by the photo shoot with him. In reply Ayesha Omar said that I

I don’t think Shoaib was harmed by those pictures. Shoaib and I are very good friends and we did the shoot with great pleasure. He added that thank God we both benefited from it, no harm was done. Host Noman Ijaz then asked Ayesha Omar, “Do you know how many times those photos were tagged to his wife Sania Mirza?” To which Ayesha replied that Sania is a very good person, she knows that we are friends, make good memes in humor which made us happy. Remember that some time ago actress Ayesha Omar and cricketer Shoaib Malik Some of the photos from the photo shoot went viral on social media, which was criticized by some users.

Like Loading...
previousHow much damage was done to Sania by the photo shoot of Shoaib Malik and Ayesha Omar? Learn
nextFrom Relationship Advice To Much More: Sarwat Gilani Has Answers To All Your Questions
We use cookies on our website to give you the most relevant experience by remembering your preferences and repeat visits. By clicking “Accept All”, you consent to the use of ALL the cookies. However, you may visit "Cookie Settings" to provide a controlled consent.
Cookie SettingsAccept All
Manage consent