Ranbir had cheated on Deepika because of which actress? The name came up 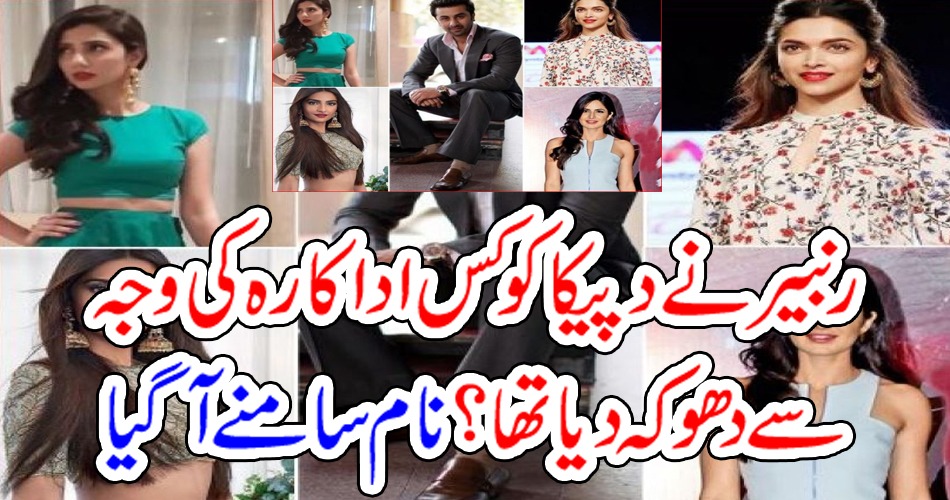 Mumbai: (Web Desk) Bollywood couple Alia Bhatt and Ranbir Kapoor’s wedding news has been circulating for some time, the latest news in this regard is that their wedding date has been announced. Soon to tie the knot with Alia Bhatt
Ranbir Kapoor’s name has been mentioned in the past with many beautiful actresses including Katrina Kaif, Deepika Padukone, Mahira Khan and Sonam Kapoor. Now finally the beautiful dimple girl Alia Bhatt has won the hearts of not only Ranbir Kapoor but also her family. Ranbir Kapoor and Deepika Padukone’s love ended in betrayal. The movie ‘Bachna O Hussaino!’ There were many ups and downs on the set, especially when Ranbir Kapoor’s closeness with Katrina Kaif began to grow. Speaking in an interview in 2011, Ranbir Kapoor admitted that he had cheated on Deepika Padukone. “Yes, I chatted because of my ignorance, inexperience and seduction,” Ranbir Kapoor said. “You know when you’re smart,” he said. At the moment you value what it means to be in a relationship and to be committed. Earlier, Deepika had also accused Ranbir Kapoor of ‘chatting’ in 2010 and said that she was heartbroken in the past. When he cheated on me for the first time, I thought there was something wrong with him or me, but when he made it a habit, it meant that he had a problem. Deepika further said in her interview that when she grabbed Ranbir Kapoor with red hands, it was a moment for her to move on.

Like Loading...
previous‘Gana Mehdi Hassan Ka, Award Arooj Aftab Ka’ – Arooj Aftab Faces Criticism For Not Mentioning Mehdi Hassan In Her Grammy Acceptance Speech
nextCan you tell which is the childhood picture of which actress?
%d bloggers like this: