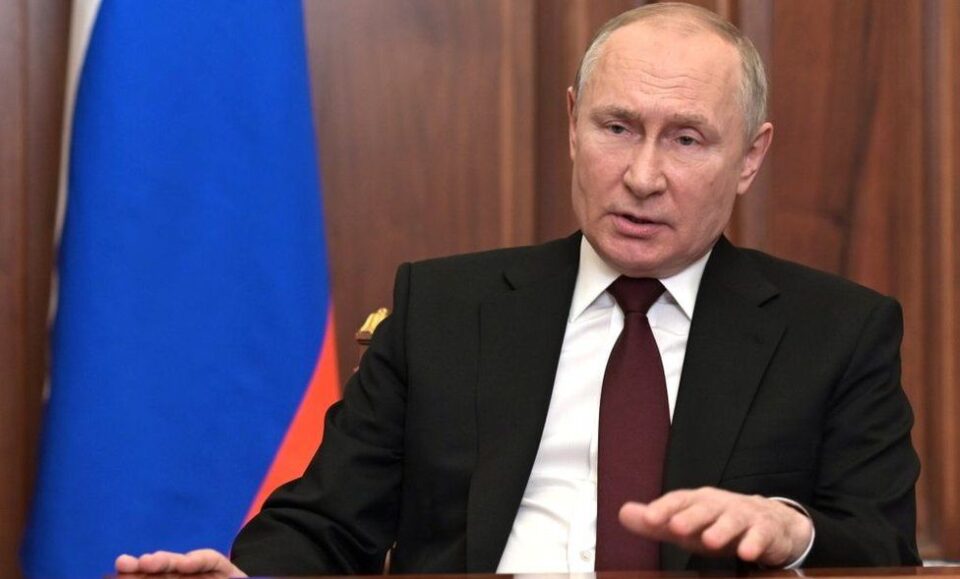 Let me begin with an admission. So many times, I’ve thought: “Putin would never do this.” Then he goes and does it.

“He’d never start a war in the Donbas.” He did.

“He’d never launch a full-scale invasion of Ukraine.” He has.

I’ve concluded that the phrase “would never do” doesn’t apply to Vladimir Putin.

And that raises an uncomfortable question:

“He’d never press the nuclear button first. Would he?”

It’s not a theoretical question. Russia’s leader has just put his country’s nuclear forces on “special” alert, complaining of “aggressive statements” over Ukraine by Nato leaders.

Listen closely to what President Putin has been saying. Last Thursday when he announced on TV his “special military operation” (in reality, a full-scale invasion of Ukraine), he delivered a chilling warning:

“To anyone who would consider interfering from the outside – if you do, you will face consequences greater than any you have faced in history.”

“In that TV address, Putin wasn’t acting like the master of the Kremlin, but the master of the planet; in the same way the owner of a flash car shows off by twirling his keyring round his finger, Putin was twirling the nuclear button. He’s said many times: if there is no Russia, why do we need the planet? No one paid any attention. But this is a threat that if Russia isn’t treated as he wants, then everything will be destroyed.”

In a 2018 documentary, President Putin commented that “…if someone decides to annihilate Russia, we have the legal right to respond. Yes, it will be a catastrophe for humanity and for the world. But I’m a citizen of Russia and its head of state. Why do we need a world without Russia in it?”

Fast forward to 2022. Putin has launched a full-scale war against Ukraine, but the Ukrainian armed forces are putting up stiff resistance; Western nations have – to the Kremlin’s surprise – united to impose potentially crippling economic and financial sanctions against Moscow. The very existence of the Putin system may have been put in doubt.

“Putin’s in a tight spot,” believes Moscow-based defence analyst Pavel Felgenhauer. “He doesn’t have many options left, once the West freezes the assets of the Russian Central bank and Russia’s financial system actually implodes. That will make the system unworkable.

“One option for him is to cut gas supplies to Europe, hoping that will make the Europeans climb down. Another option is to explode a nuclear weapon somewhere over the North Sea between Britain and Denmark and see what happens.”

If Vladimir Putin did choose a nuclear option, would anyone in his close circle try to dissuade him? Or stop him?

“Russia’s political elites are never with the people,” says Nobel laureate Dmitry Muratov. “They always take the side of the ruler.”

And in Vladimir Putin’s Russia the ruler is all-powerful. This is a country with few checks and balances; it’s the Kremlin that calls the shots.

“No one is ready to stand up to Putin,” says Pavel Felgenhauer. “We’re in a dangerous spot.”

The war in Ukraine is Vladimir Putin’s war. If the Kremlin leader achieves his military aims, Ukraine’s future as a sovereign nation will be in doubt. If he is perceived to be failing and suffers heavy casualties, the fear is that could prompt the Kremlin to adopt more desperate measures.

Especially if “would never do” no longer applies.

Like Loading...
previousUkraine agrees to talks with Russia as E.U. bans flights, Putin puts nuclear forces on alert
nextLeading actress Sara Khan’s selfies in ‘Bathroom’ !! There was panic on social media
%d bloggers like this: