Dog throws a tantrum as its human leaves it alone for a while. Watch cute video 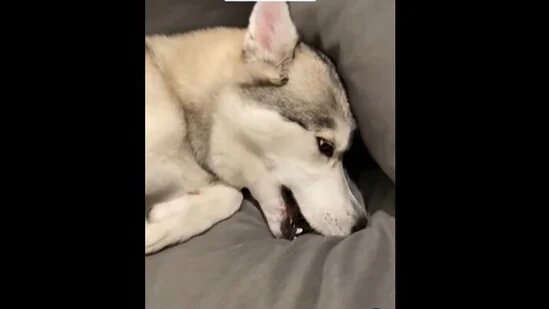 This Instagram video shows how a dog starts throwing tantrums as soon as its human leaves it alone.

Dogs are such adorable pets that sometimes get so used to their human’s presence that they hate to be left alone. Videos of dogs being angry or disappointed with their humans are so cute to watch. Like this video posted on Instagram of a Husky dog that seems a bit disappointed with its owner and throws a tantrum. Its reaction is really adorable to watch.

In the video, the Husky dog is seen hiding its face in a sofa cushion as its human seems to have left it alone for a while. “My husky after any minor inconvenience,” says the text on the video. The human is heard pacifying the dog and says “Jackson, I won’t do it again” and laughs at the doggo’s reaction who is barking.

The video was uploaded one day ago and it has received over 23,000 views so far.

“I go throw the trash out and he’s already throwing a tantrum,” says the caption of the video.